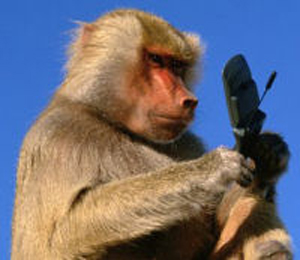 Many people do not have any appreciation for just how complex the Cell Phone Networks are and how easily congestion can delay or prevent calls going through the network. There are many locations within the network that can act as choke points. The engineers at these communications companies are always monitoring and improving this network. However it does take time to update these networks. Frankly if a given area does not have enough potential to drive revenue, the carriers will not invest a lot of money into these poor service areas.

There are 5 main areas that these choke points can be lumped into. We will discuss them in a moment. However when you add data calls, the amount of traffic increases exponentially and places additional strain on the network. In fact data is growing at a higher rate than voice traffic. This is becoming a challenge to many cell phone companies since they need to spend millions of dollars to fix some of these data choke points to deal with the exponential growth in traffic.

The 5 areas are: A) Airwaves B) Buildings C) Switching Gear D) Land Lines E) Application Servers. A data bit travels from your cell phone via airwaves, through building walls to cell towers, then via land lines to switching , more land lines to applications servers which will process the data bits and deliver back to you the information you requested. There are ample opportunities for the data bits to be slowed or delayed while each device deals with the traffic that is being sent to it. As traffic increases this only gets worse unless additional capacity is added.

Congested airwaves are less problematic than other choke points, but they still slow service.

Take the fastest 3G network today, which can support a download speed of 21 mega bits per second. Someone using a laptop wireless card that also supports 21mbps can surf the web at full speed.

Fortunately not every laptop needs or can deal with 21 mbps, but you get the point when you have a congested site that has thousands of cell phones, or wireless cards competing for limited resources the response time can become delayed.

These same buildings can attenuate a signal so much that a cell phone can work perfectly fine outside and not at all inside. Weaker signals slow the transmission of data  and use your batteries power much faster.

Applications like Yahoo Messenger that constantly send and receive signals on the network play havoc with switches, which were built for sustained calls. A two-minute IM chat can require as many signals as it takes for 10 voice calls. A single computer with an air card can be running 4 or 5 applications at the same time, generating data traffic from each of the applications aimed at different servers in the network.

Signaling traffic is growing 50% faster than data as more apps are constantly “on,” according to Signals Research Group. That’s in part why iPhones generate more traffic than 30 basic cellphones.

The scheme, designed pre-smartphone, can push only 75% of a tower’s maximum capacity to the next switch or endpoint. Wireless data is expected to more than double annually from 2008 to 2013. Video and apps will grow more popular, landlines are a growing problem.

Many of the tens of thousands of applications for smartphones connect to the public Internet through their own servers. So don’t always blame the wireless carriers for bad service. Slow loading corporate e-mail or sports scores can be the fault of an app maker’s own bandwidth constraint.

It does not matter whether it is ITunes, CNN or any other site that is receiving lots of traffic from all over the world. The application servers must receive the data, process it, and determine what information is being asked for. Once they ind it, queue it for transmission and then send it back to the original requester there are many obstacles.  And this is the simple straight forward version.

With all of these possible choke points in the network it is amazing that the communications system works as well as it does. Rest assured that data engineers are monitoring and making adjustments routinely every day. They improve the network and adding capacity to deal with an ever increasing traffic demand. Especially as more and more smart phones are added by customers across the country.