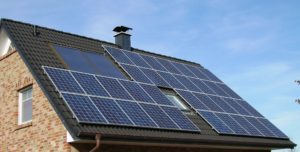 With wind mills and solar panels becoming increasingly popular, many investors as well as company managers are wondering what the solar power impact on the grid will be. We see solar panels appearing all over the country. Wind mills are popping up in a variety of locations.  To the uninformed, it looks like there could be a significant impact on the grid. However stop for a minute. Consider all of the homes and businesses that are powered by the nations electrical generation plants. These are massive sites, generation millions of kilowatts of power. What is the impact today on the grid? Almost nil!

Solar Power Impact on the Grid

We were able to find several charts that put this in perspective. For the year 2014, wind turbines generated 3% of the world’s power needs. By comparison solar and tidal wave generation amounted to 1%. Coal is by far the largest at 39% and of course produces the most pollution. Will these numbers shift over time? Of course, but it is going to take time. Perhaps as much as 20 years before there is a sizable change.

In the United States, coal is still at 39%, with natural gas at 27% and nuclear at 19% of the total generation requirements. Solar is down at .4% and wind at 4.4%. Other countries are making advances and attempting to begin the shift from greenhouse gas causing power generation to renewables such as wind and solar.

The real driver for many energy companies facing historic demands for electrical power will be growth in the wind and solar areas. Whether these are large corporate driven power plants or individuals installing their own windmills and solar systems and attaching them to the grid, much of the growth needs will be taken up by these new forms of energy generation.

The real impact on the grid is not how much power is generated. Instead it will be making sure that the power coming from these small localized systems is clean energy without interference that can cause damage to sensitive computer and monitoring systems. Strict guidelines and standards will be required to ensure that this phenomenon is successful over the long term.