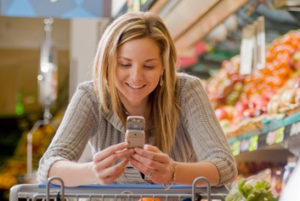 I just watched a short documentary about the use of smart phones with cameras by teenagers and how much trouble they get themselves into. Teenagers and smart phones can be a lethal mix. It was so interesting and a huge concern that I just had to write a blog post about it. My wife and I discussed it at length and I wanted to include some of our thoughts about this subject. Almost every one under 25 has a smart phone these days. With the deals that can be had from the various companies offering data plans and phones, virtually anyone can have a smart phone these days.

The story was about a young girl, approximately 15. She was asked by her then boyfriend to make a little movie showing her undressing for him. Apparently they were already having sex. He wanted something to remember her  when they were not together. which was most of the time.

So she uses her smart phone. Makes a little video showing her taking her clothes off and posts it on Youtube for only him to see. Some girls just send the file to their boyfriends as well. As with most young relationships they last for a few weeks or months. Then they break up to move onto another relationship.

The former boyfriend now felt no ties with his old girlfriend, may have even felt a little rejected due to the break up, He decides to share the video with his buddies. In the case that was shown on TV, the entire school including the teachers saw the video. She was given the nick name – Porn Star, around school. Now how difficult and bad can that be for a young girl who is still developing physically and emotionally? She was devastated and learned a really tough lesson! This is an extreme example of teenagers and smart phones getting into trouble.

NOTHING ON THE INTERNET IS PRIVATE, EVERYTHING IS AND WILL BE PUBLIC!!!!

This story prompted a huge discussion with my wife about todays state of affairs. Why girls would feel that they need to do these sorts of things to be accepted by the male in their community.

This is a very sensitive topic in our household since we have two girls and we have a new grand daughter and we worry about what they have to face in the world and what pitfalls they will fall into as they go about their lives.

Lets face it, today’s kids are thinking with their emotions and their hormones and not with any logic. If they stepped back and thought about it for a moment, they would realize that anything they post on the net is going to be made public by some idiot. But instead they have only thoughts for their boy friend of the day and what they have to do to keep them or attract them.

If they could see into the future and see what was going to happen to them with the release of the video, do you think for an instant they would still release this video of themselves? Not any half sane individual.

What can parents do?

Kids are going to do what they want to do for the most part. They are smart and most are intelligent, although somewhat misguided. They are going to have all of the toys and if you try to prevent them from getting s smart phone they will just find another way to get one. This is when parents really have to be aware of the issues for teenagers and smart phones.

The best approach we believe is to discuss things with them, the ramifications of taking specific steps, the pitfalls of certain actions and what can happen. Some of this is really difficult conversation, and sometimes you may think that they are not listening. In our experience we were sure that we were not getting through to our kids until one day we overheard them quote something that we had said to them about a subject we were really concerned about.

Communicate with your kids about every possible subject. Arm them with information so that they will not be so naive as to make a video of them getting undressed which then gets sent all over the school.

Hope this helps, comments are welcome. Our next post will be about the impact of TV and Hollywood on our kids. For more on teens and smart phones, click here.