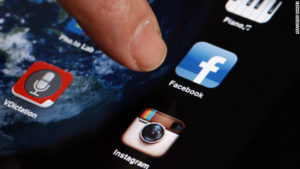 There is a wireless revolution happening and many people are not even aware that it is happening. Some people are being left behind since they are not adapting the technology at all. Other groups are early adapters and still they find that technology is moving much too fast even for them, bit they are having a ball trying to keep up. It is just creeping up on us and becoming part of our lives without us even realizing it.

Sure we have all seen the growth of cell phones and smart phones. This is really just the tip of the ice berg. Routinely we browse our email, keep up with social networking sites and surf our favorite web sites all with the help of our smart phones such as the iPhone, the iPod Touch, now the iPad, Rim’s BlackBerry products, Palm and Android.  Google is just getting into the act with their Android software which will appear in over half the mobile devices while Apple will probably have the other half.

You can rest assured that these titans of the mobile world and the computer software world will deliver more and more functionality. I consider myself reasonably tech savvy, however I was blown away after walking into an Apple store and purchasing an iPod Touch recently. For many people, they will say what is the big deal. For me and I suspect thousands of others it is a big deal.

I had the help of a nice young man who patiently explained the benefits of the iPod Touch and even demonstrated an app or two on his own iPod Touch that he carried in his pocket. This guy really had deep pockets with lots of room in them.

Once I decided to buy an iPod, he needed to check on inventory. Out comes  what looks like an iPhone and he quickly checks on inventory before heading back into the storage area of the store. Another device scans the bar code and recorded the information against a bill of sale which he downloaded to his wireless device and then displayed the price to me including tax.

Once I agreed, he ask for my credit card which he scanned into his wireless device ( smaller than the ones you see at the airport car rental checkin area) . After verification and confirmation he advised me that the sale had been completed and walked off to get a hard copy of the receipt which I had asked for. Apparently most people are satisfied with an electronic copy being sent to them via email.

This was the really easy part. With WI-FI throughout the store, the iPod quickly sync’d. We customized the iPod with my information and with the apps that I needed to get started. I have since added others over the past month.

Now this is just purchasing a simple iPod. Which really demonstrated how a well thought out sales process can integrate wireless capabilities to really simplify the transaction. Not once did the sales person need to go to the cash desk or punch in the information. It was all done from the store location were we met. The back office applications also probably rewarded him with whatever sales points he gets. Also it updated the stores books re inventory, sales for the day, net profit and so on.

Can you imagine walking into a store and waving your wireless device beside an item to find out the price? Also indicating you are willing to purchase the item. Then checking out the item yourself. As you leave the store a scanner confirms that the item you purchased has indeed been paid for, updates the inventory etc.

This is just the beginning of the wireless revolution with much more to come. Actually North America is behind the rest of the world in adoption rates. Countries like Japan leading the surge to a wireless revolution were you pay for everything using your smart device!!

Get ready , here it comes!