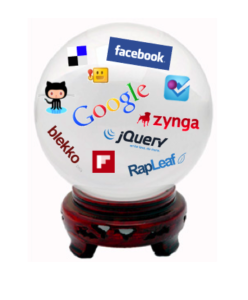 It does not seem to matter what country you are in there are five wireless trends that all markets seem to embrace at one time or another.  Some countries are behind others are ahead, however they will adopt these trends at some point in time. These trends are :

In some countries as well, particularly Canada and the US , the data crunch is overtaking the ability of the carriers to provide capacity. There is a tremendous cost to augment their networks, however they seem to be following in the same direction as other countries have. Using a combination of rates and added capacity they seem to be managing the growth in their networks. More on this later. The wireless trend is still evolving and mobile wireless smart phones will gradually take over the way we communicate.

Wireless Trends – Fragmentation of the market

Although Canada is nothing like the US in terms of number of carriers, the Canadian market is becoming more fragmented all of the time. There are the main carriers such as Bell and Telus who operate nationwide, however even they have their regional strengths. Bell is strong on Ontario and Quebec, while Telus is strongest in Alberta and British Columbia in terms of numbers of customers and revenue generated.

Then there are all of the local carriers such as Videotron in Quebec, and a number of other carriers that operate mainly in province. They are posing a great deal of competition to the incumbents with their focus on establishing themselves and acquiring customers. There is a transition while these new carriers establish themselves and capture market share, however in the long run they may become self funding or end up being acquired by one of the incumbents.

As more competitors enter the markets regionally and even locally in areas such as Toronto, there will be more fragmentation.  Consumers need to be careful of which carrier and plan they go with. If the only make local calls, they will be fine in most cases, however if they roam at all then they may not have coverage or pay higher fees than they were expecting. We have enven heard of some local carriers not covering an entire city, leaving some people without service.

Carriers use a combination of market specific pricing and termination fees to attract and hold onto their customers. Most people will find that the cost of services will be different in various provinces, even sometimes between cities in the same province.

The existing incumbent carriers have a serious problem. They weathered the loss of long distance revenue when the internet and competition forced significant reduction to long distance revenues. Now the threat is wireless that is posing a threat to this revenue stream. Many people already have or are considering moving to wireless only, reducing the revenue that the big carriers get from land lines.

Companies such as Mobilicity, Wind Mobile and Public Mobile who have no land lines do not worry about this issue at all. In fact one of their key market thrusts is to people who want to reduce their overall costs and move to a wireless only home.

Gen X & Y  are cutting the chord. They might have grown up in a home which had a traditional wireline phone, however as they moved out of the house they went to a wireless only service to reduce costs as well as to take advantage of the convenience that wireless gives. With family plans for wireless subscribers, a wireless service can be quite effective.

Canada is somewhat behind other nations. The US is ahead of us, but well behind many European countries. We continue to expect some serious cord-cutting over the next few years. As a result many customers will avoid signing that bothersome 3 year contract with the wireless carriers.

Feel free to add your own comments to our blog about our thoughts and forecasts. Spam comments will be deleted.

Next weeks blog will cover the last three topics in our review of wireless trends. Stay tuned. For more posts about wireless evolution, click here.